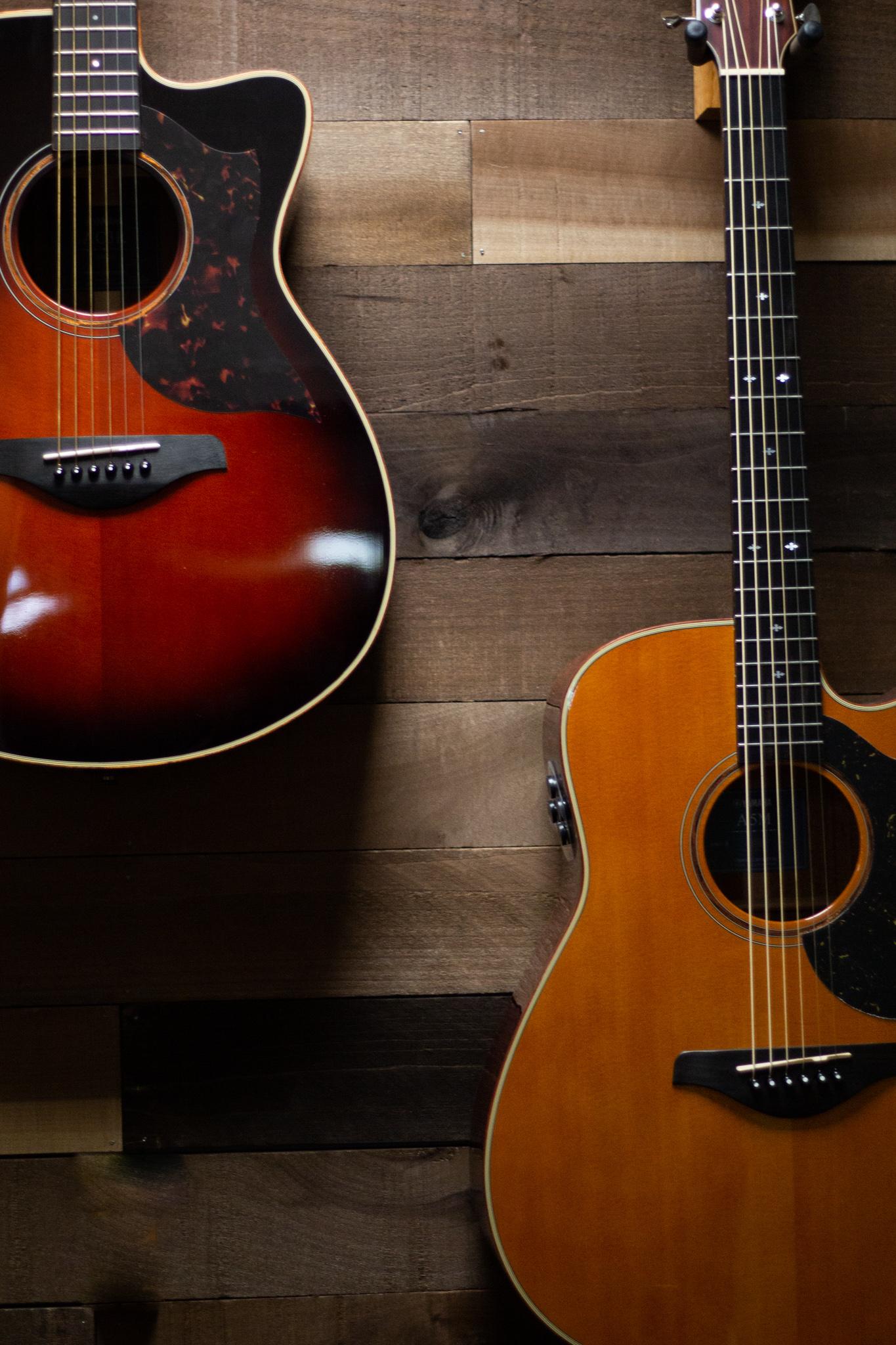 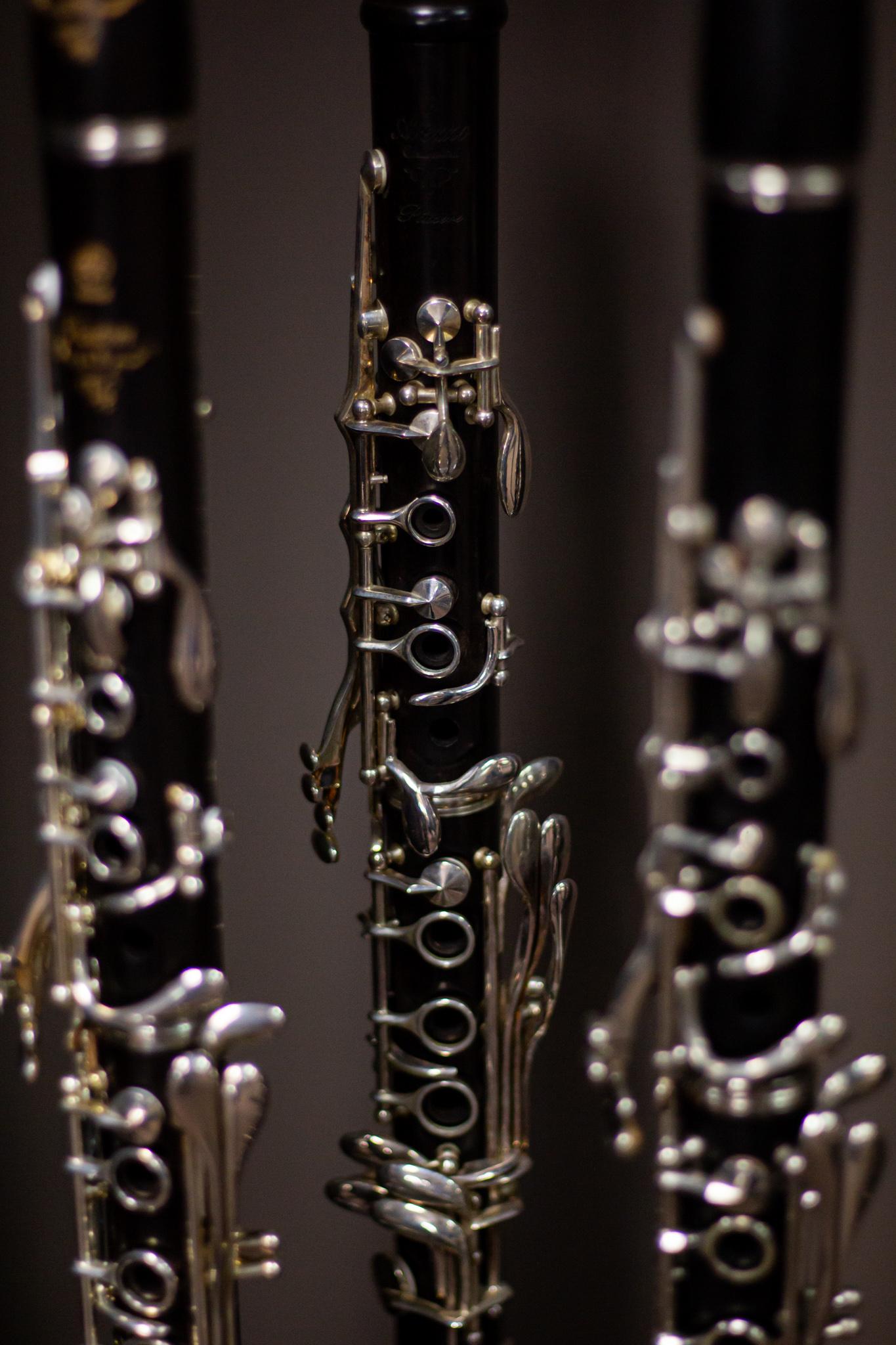 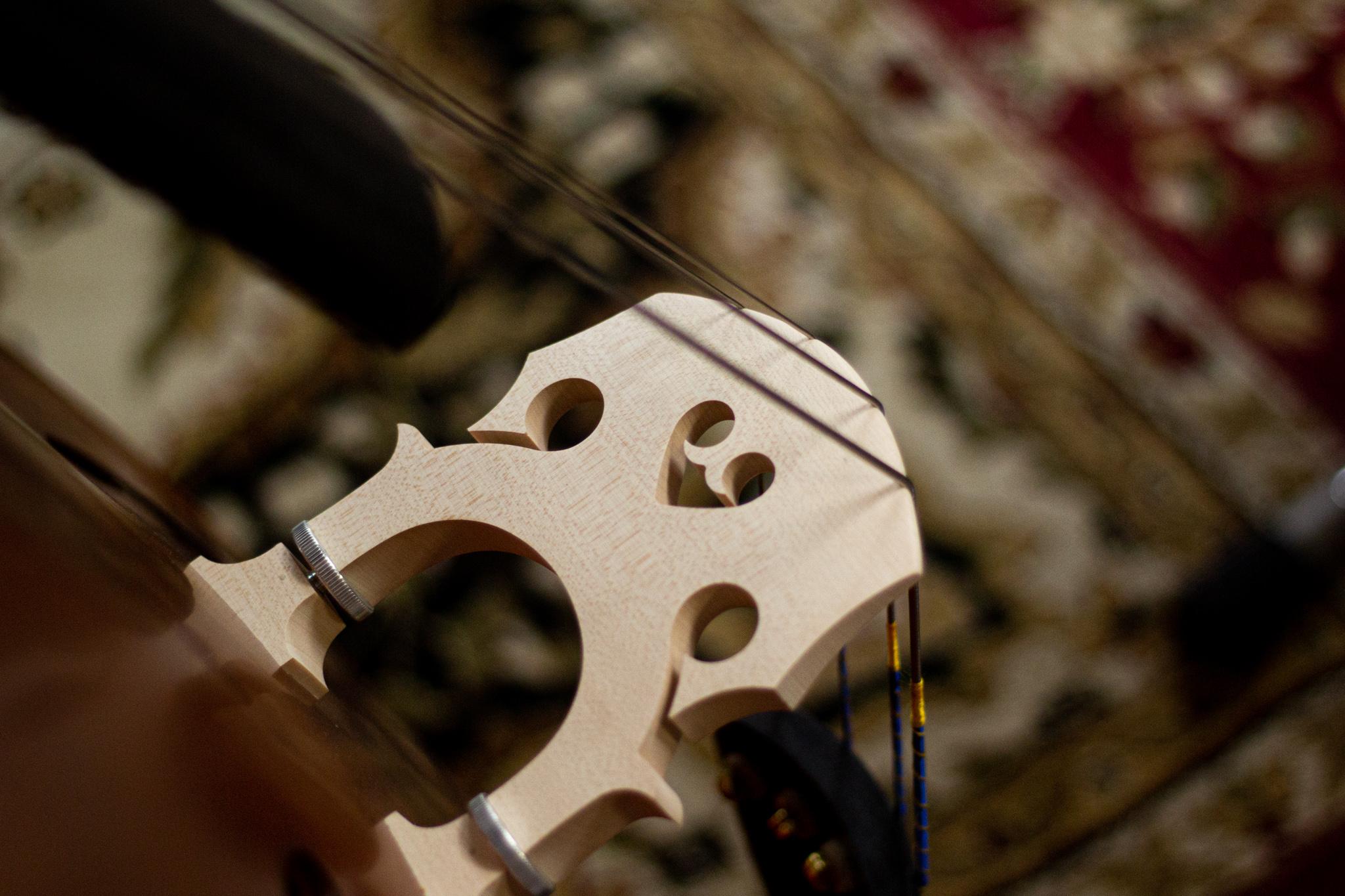 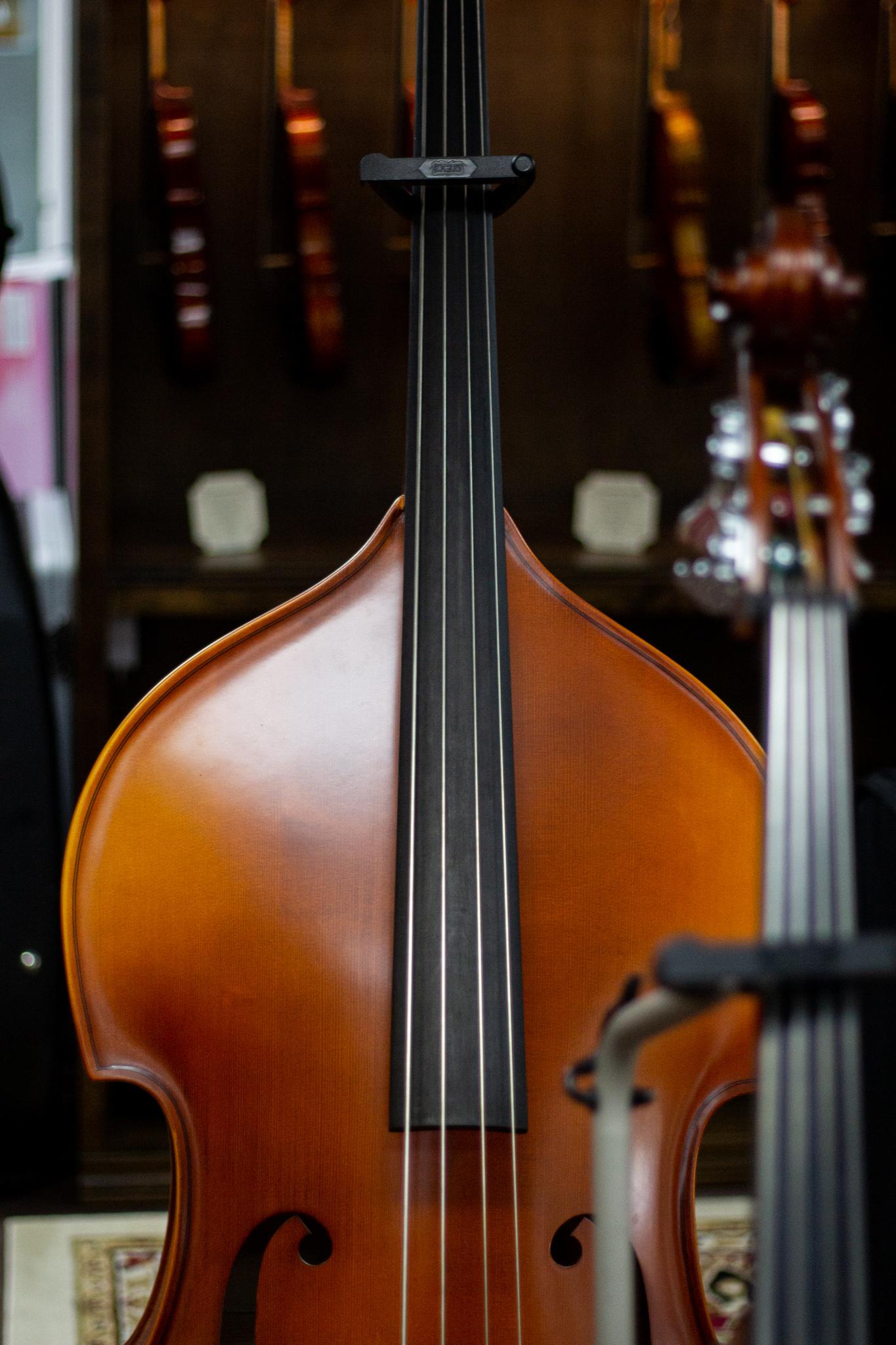 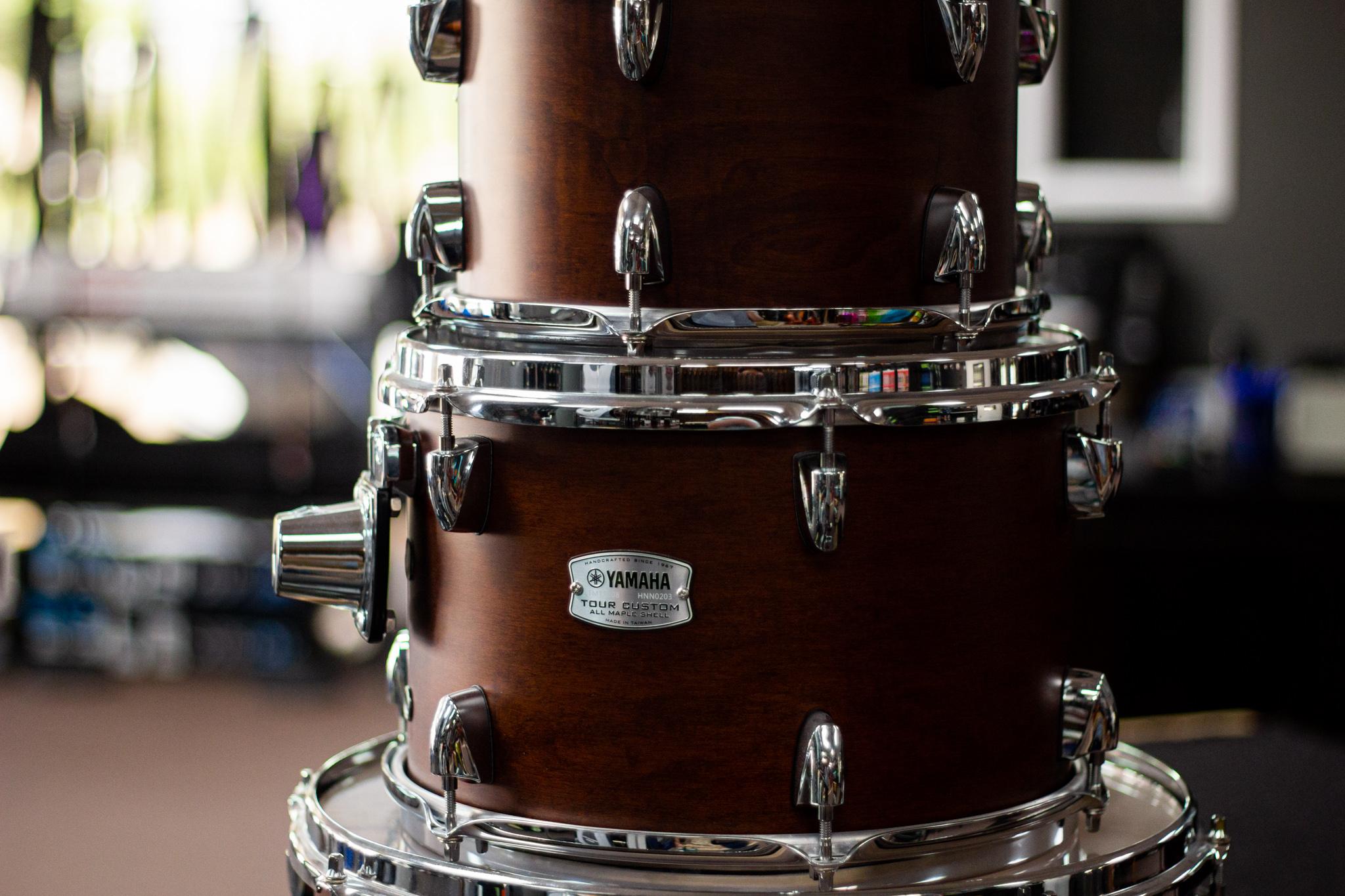 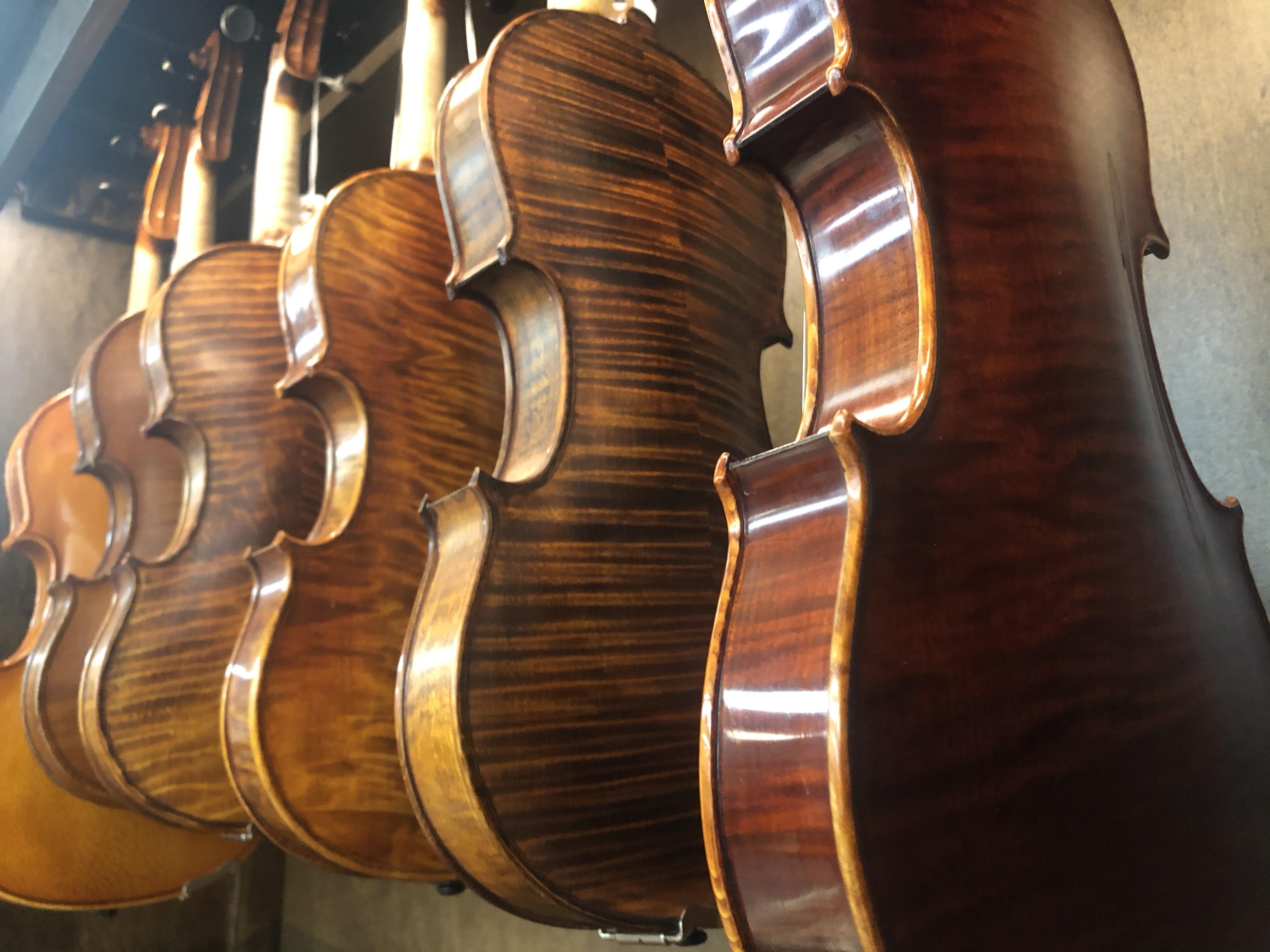 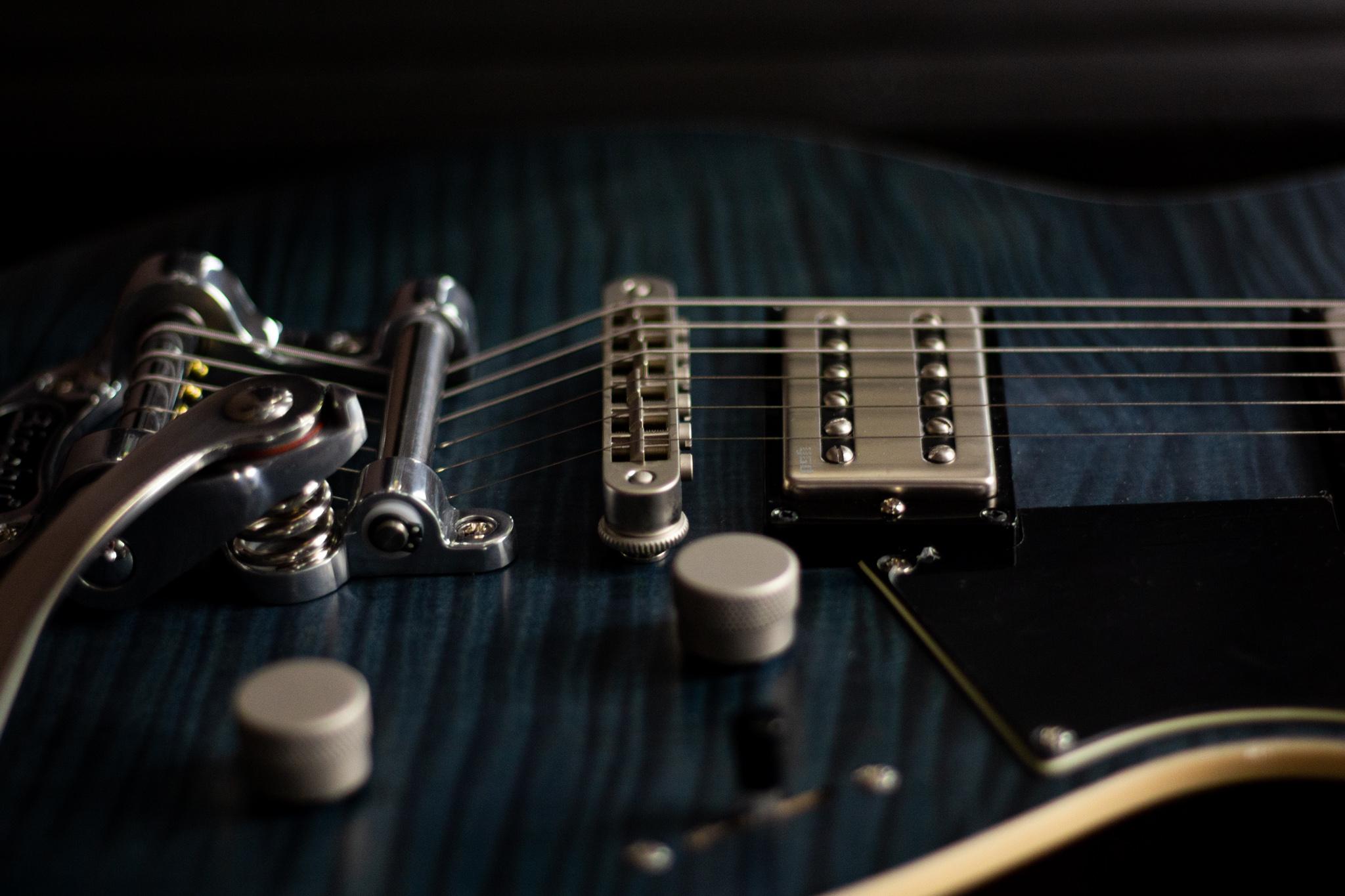 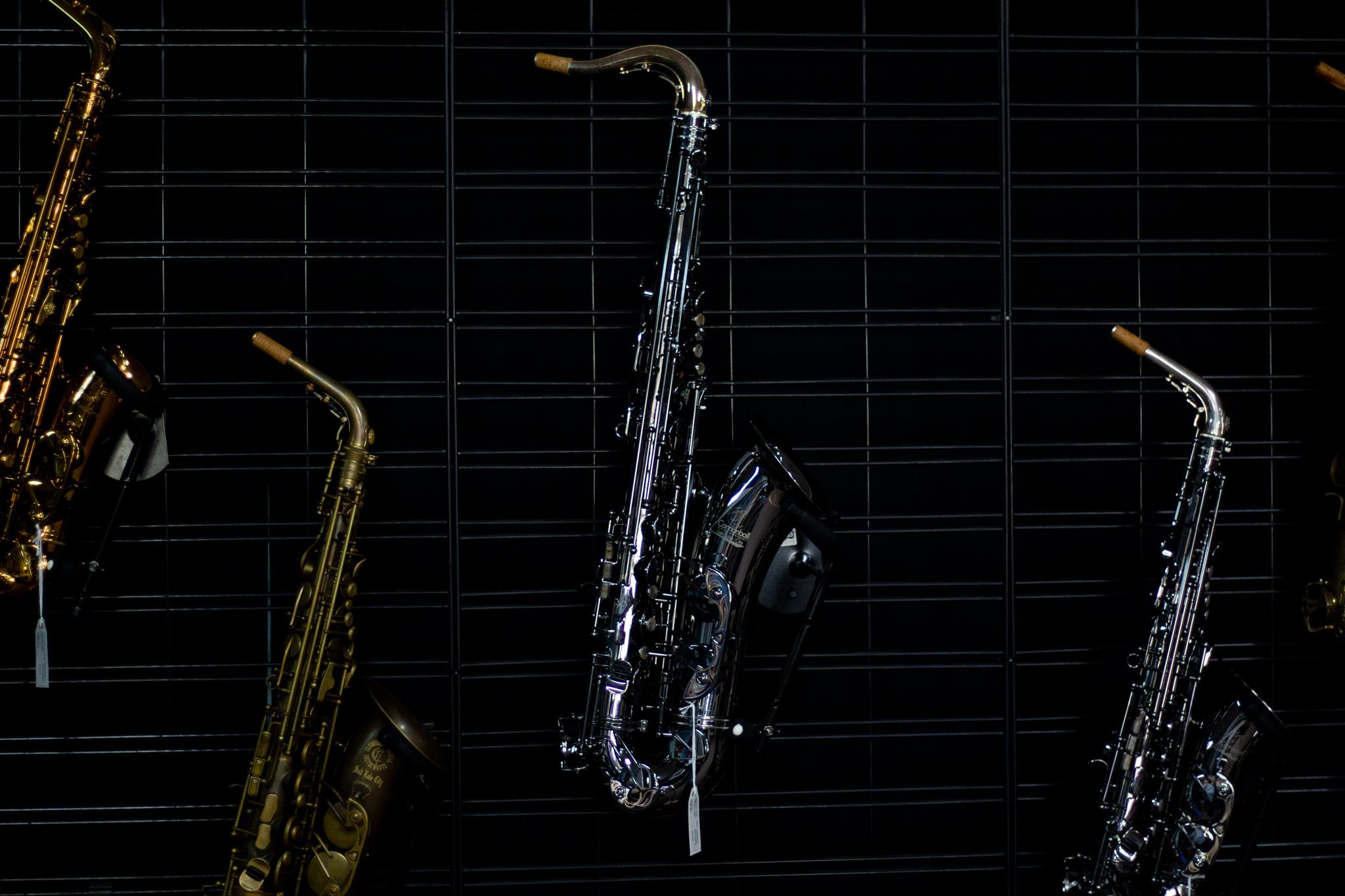 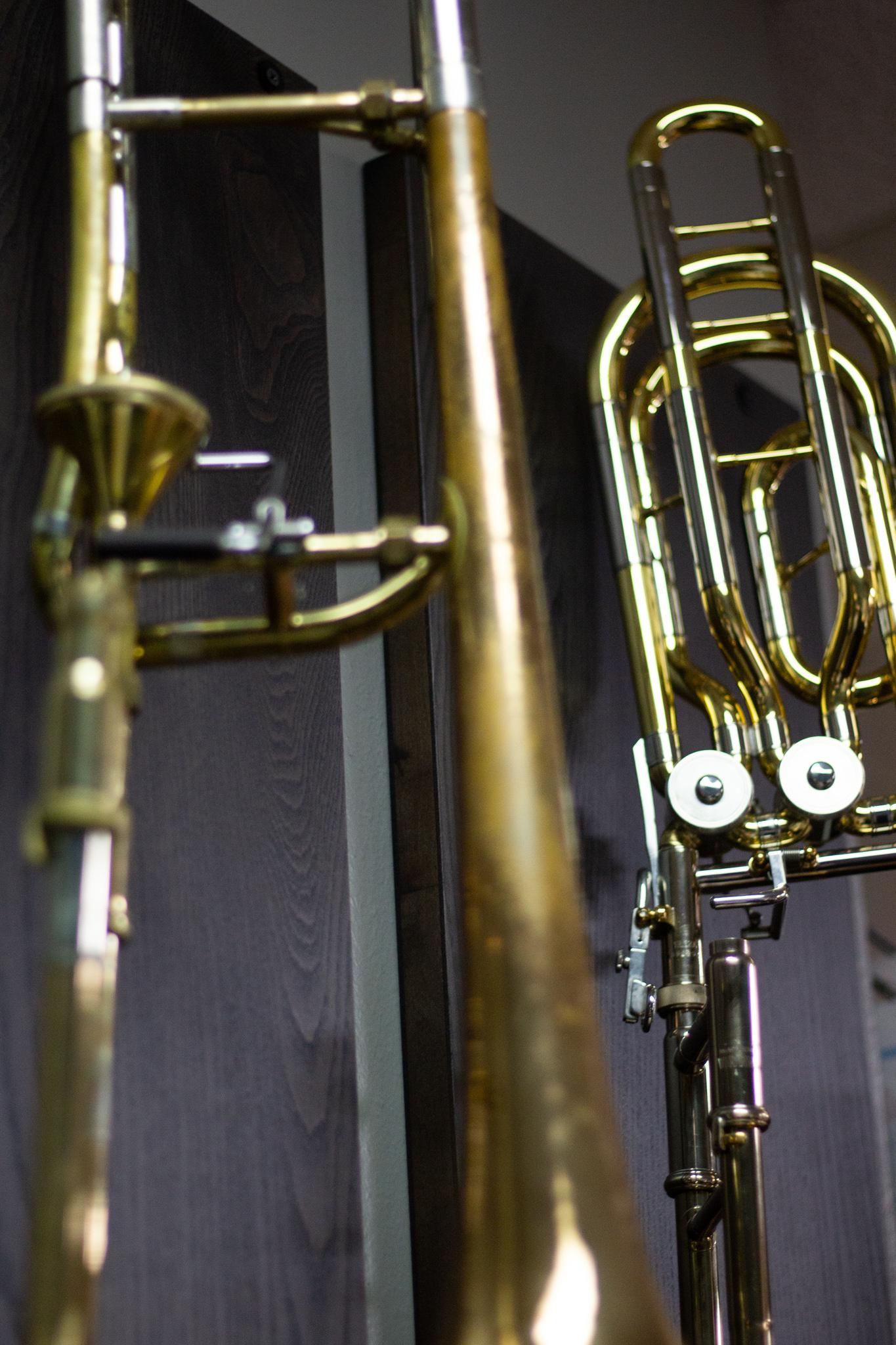 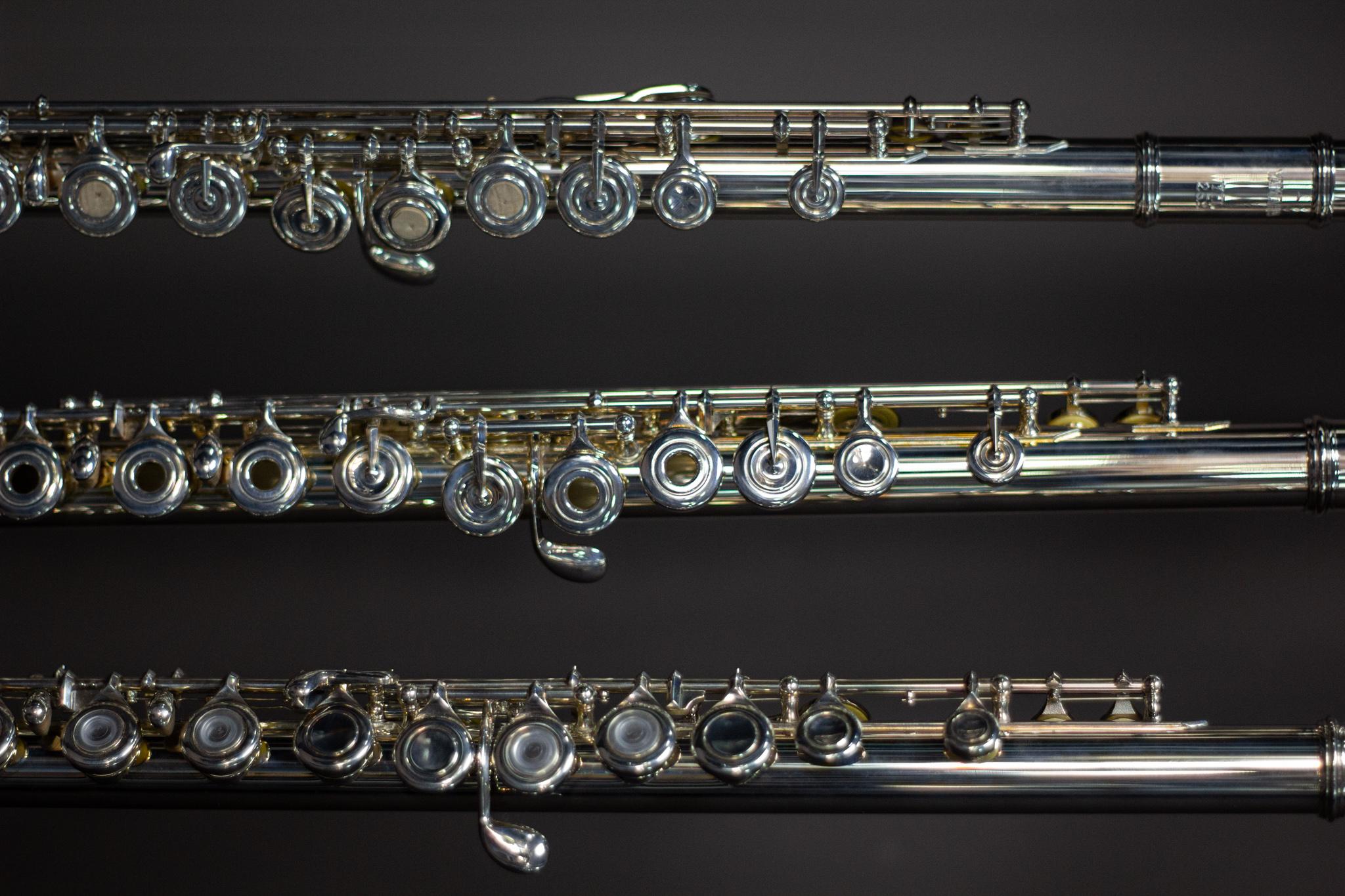 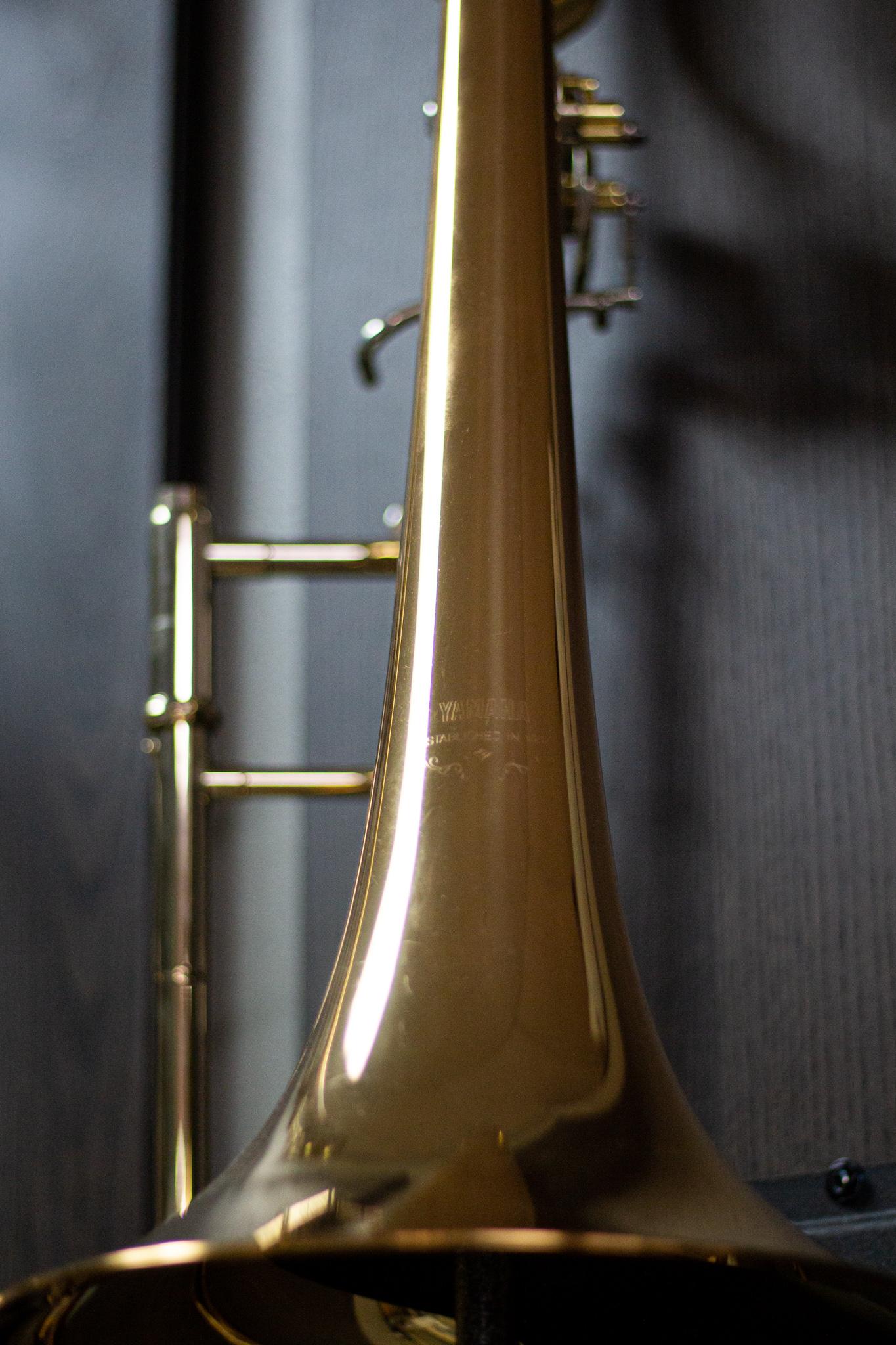 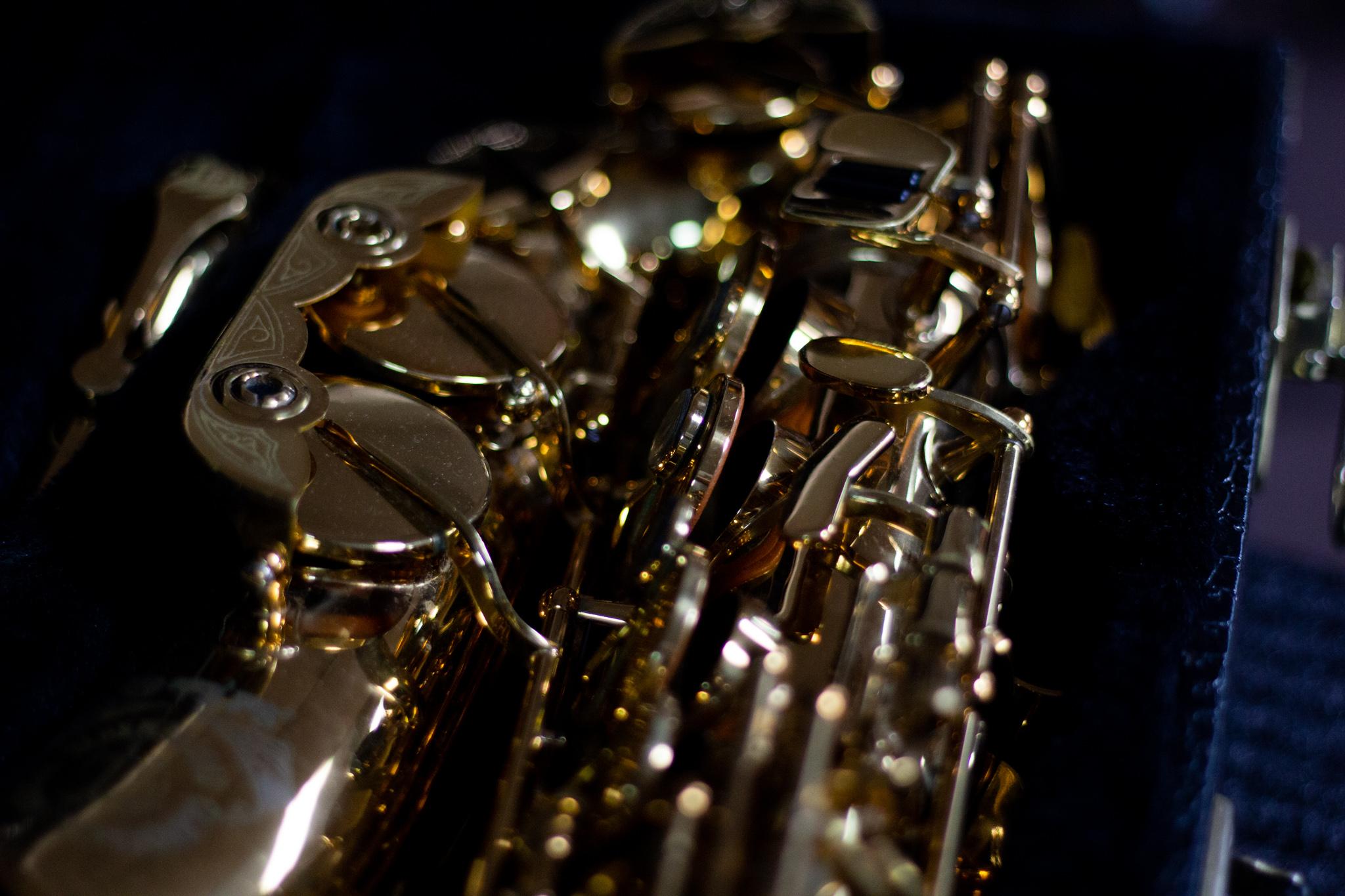 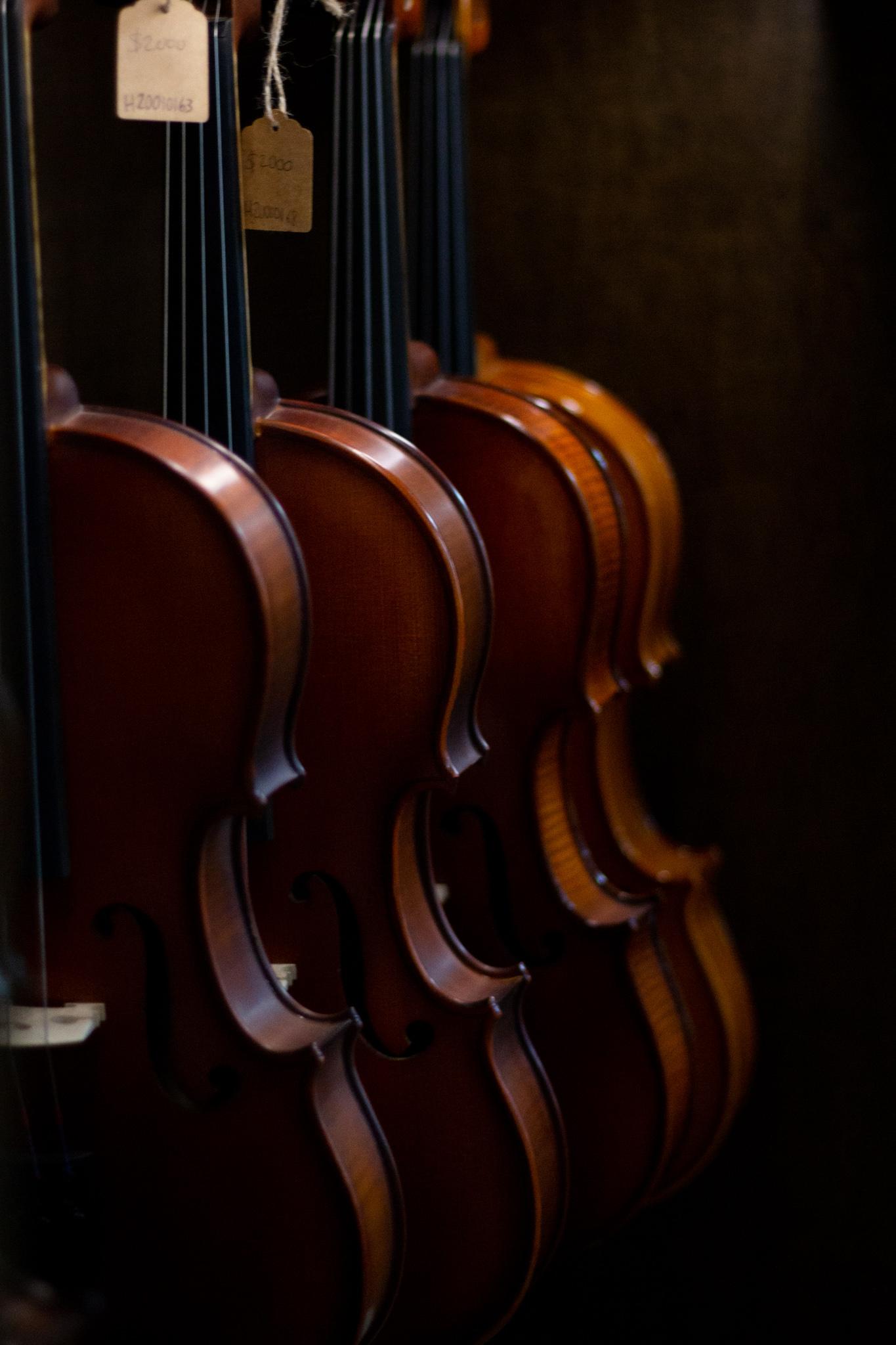 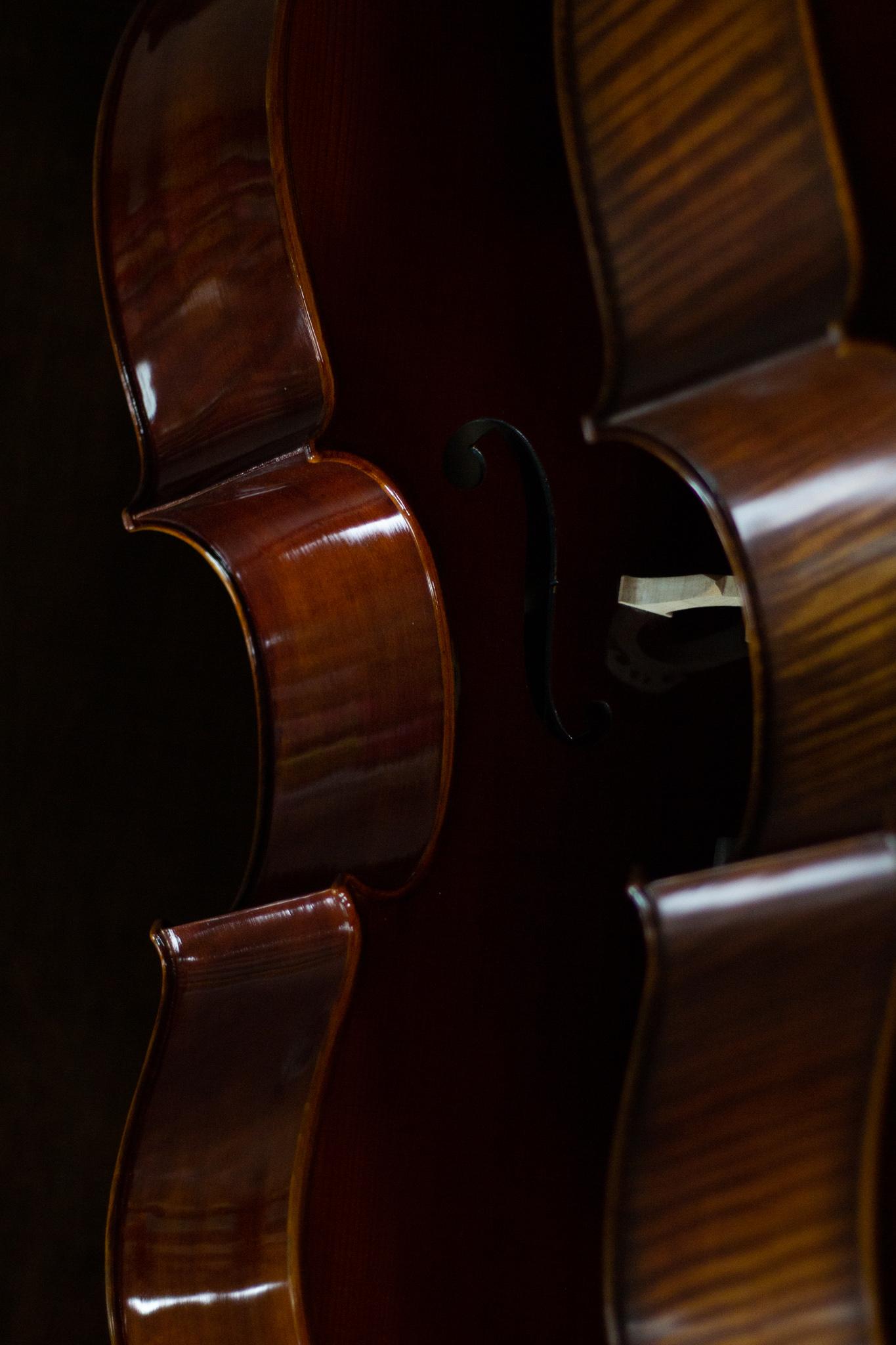 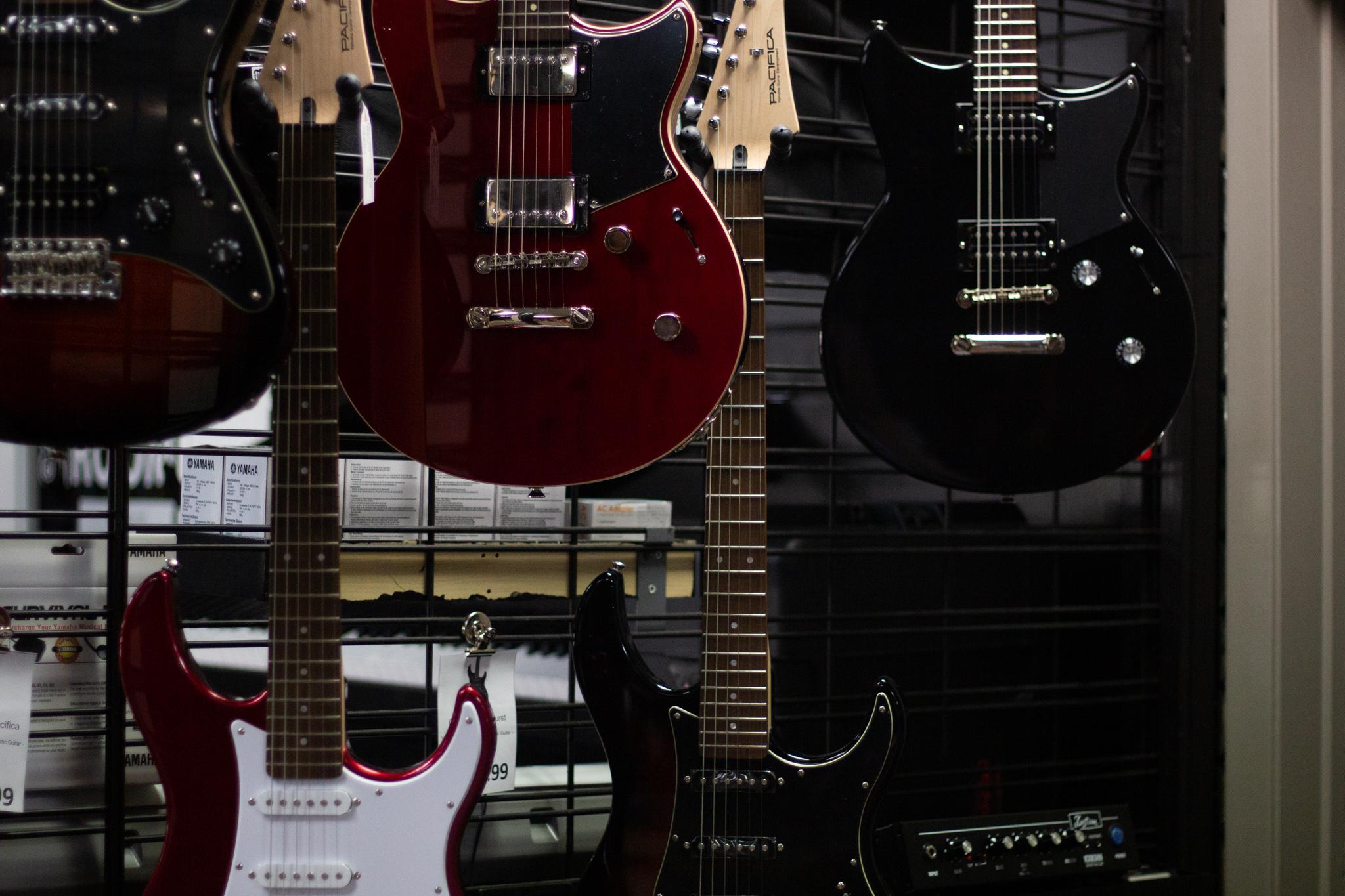 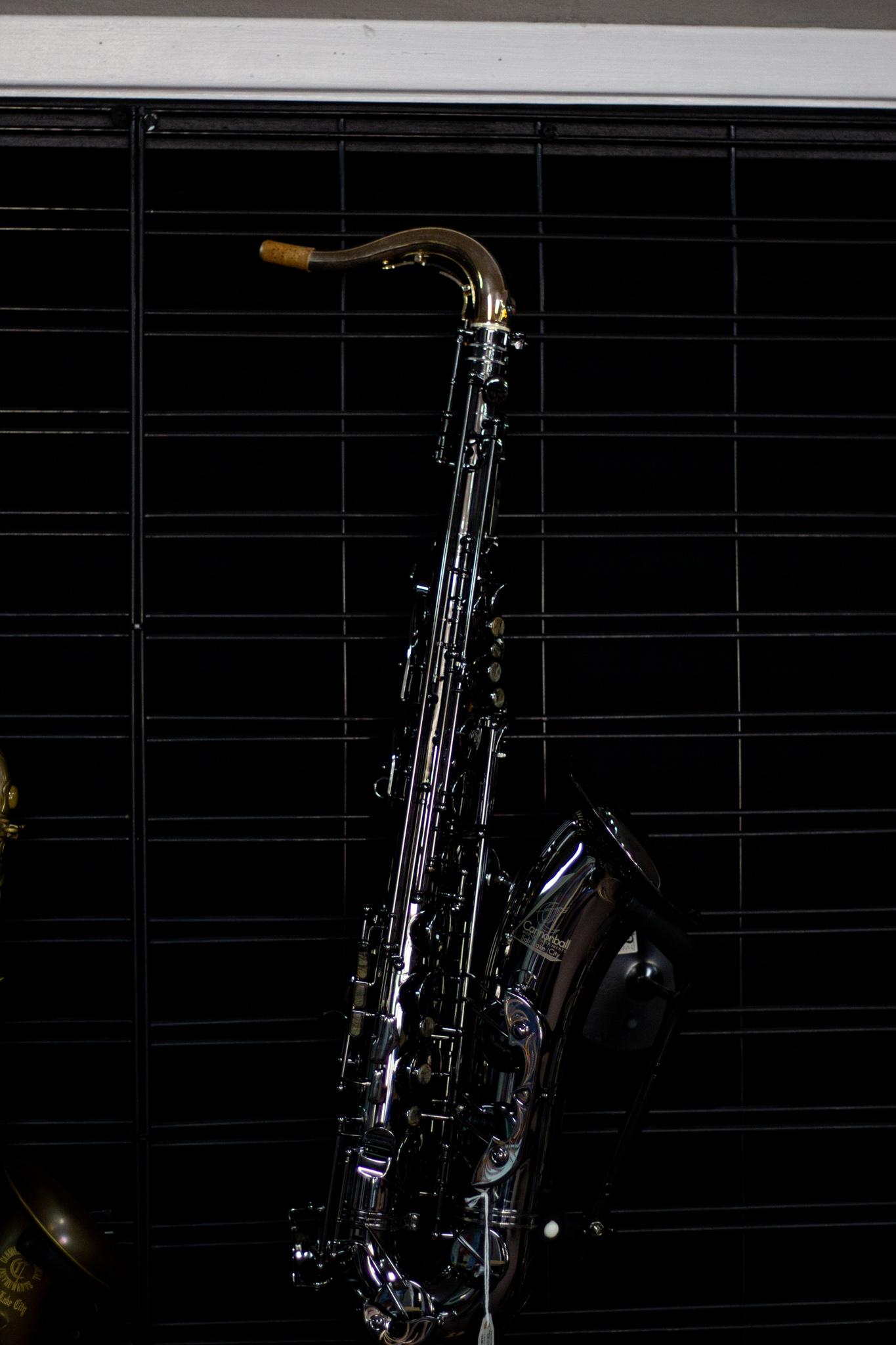 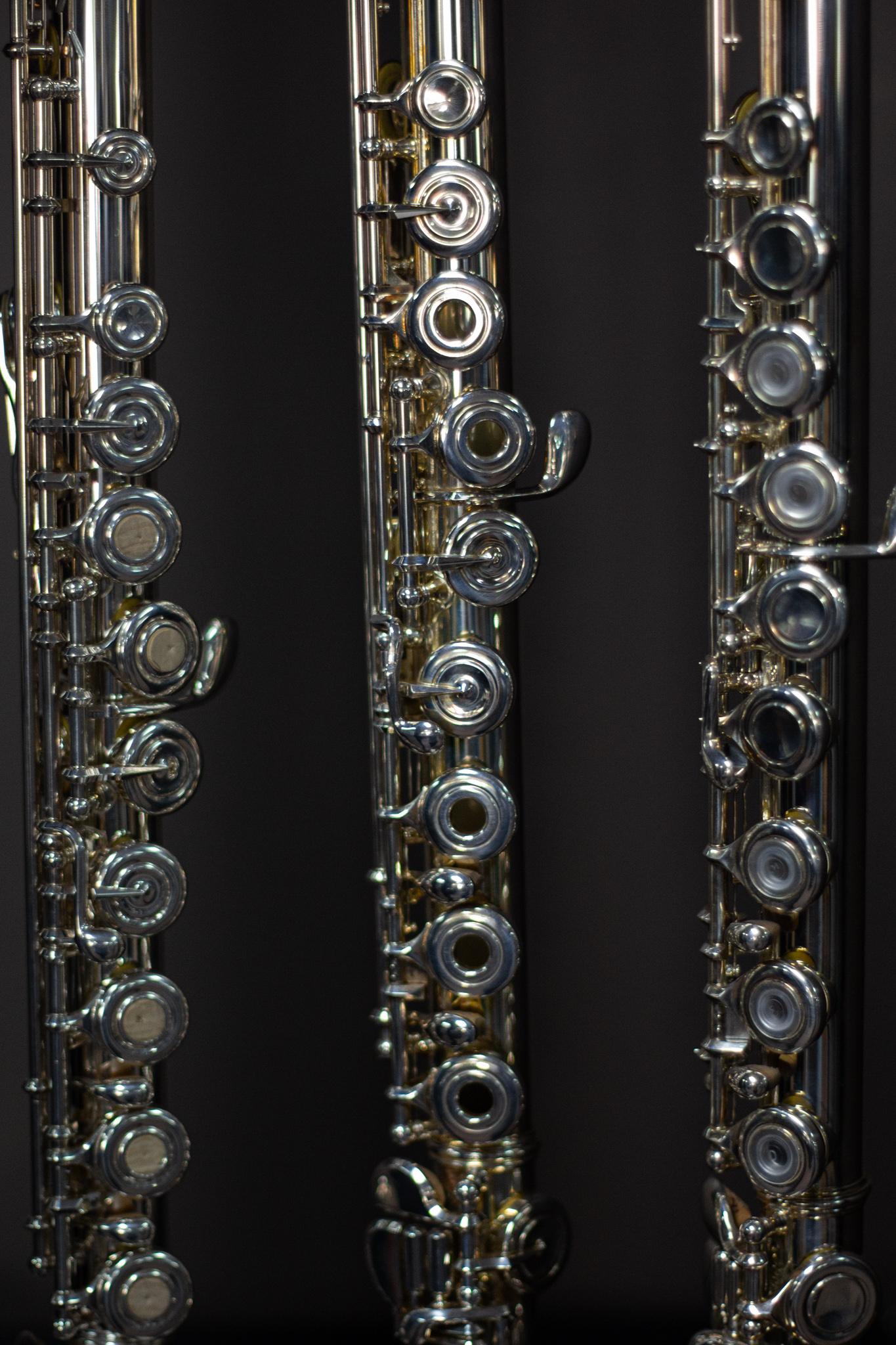 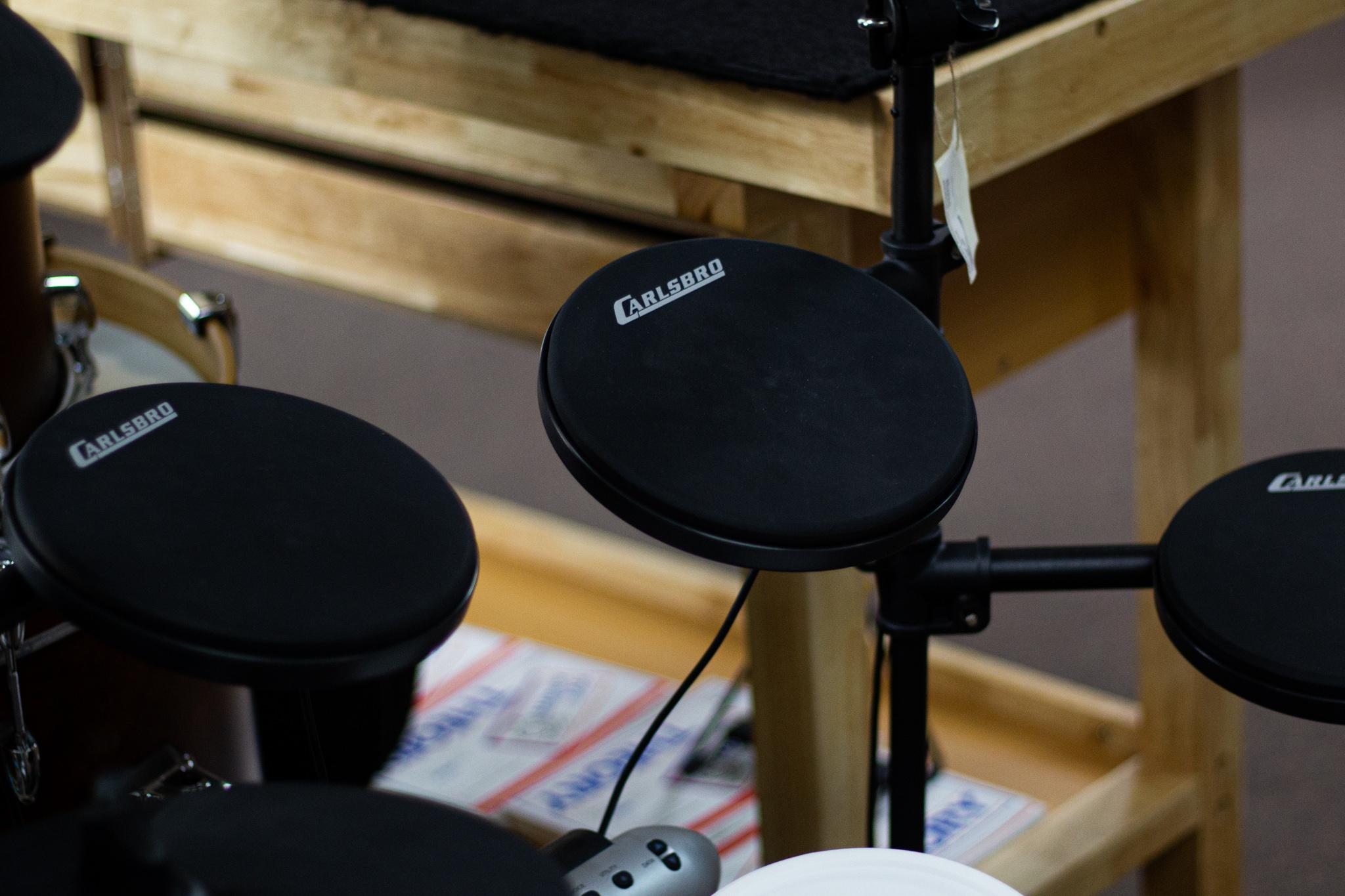 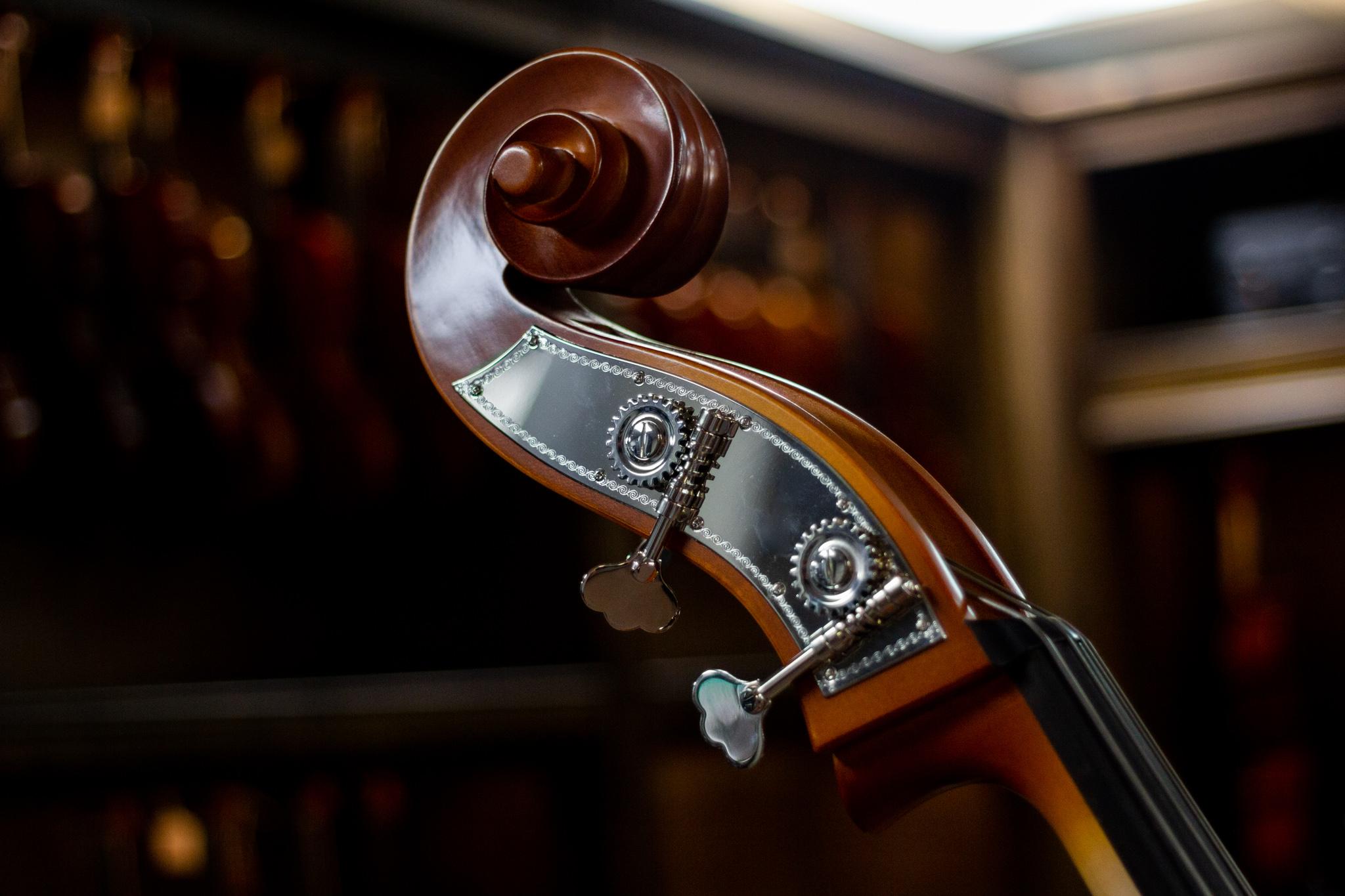 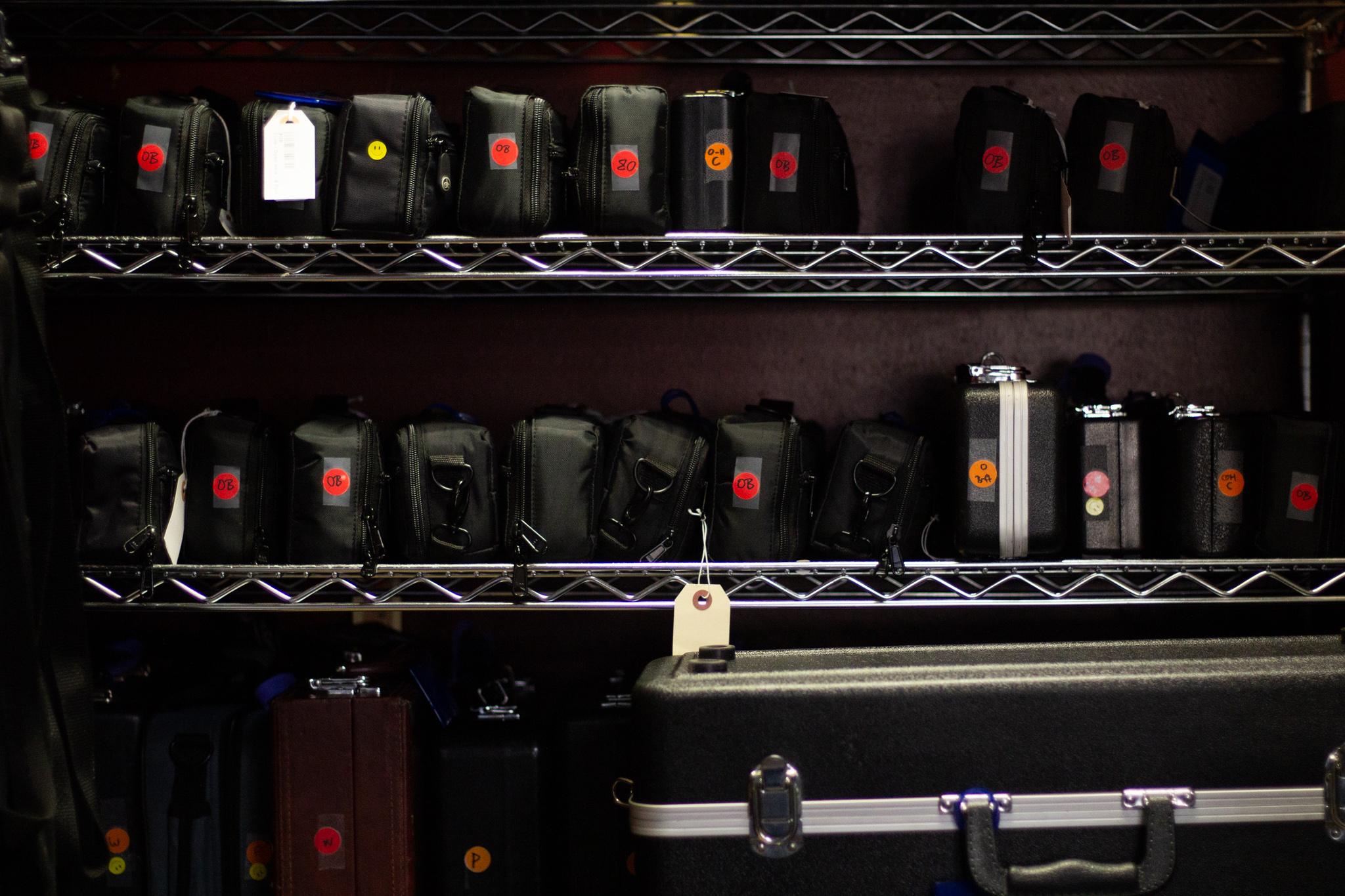 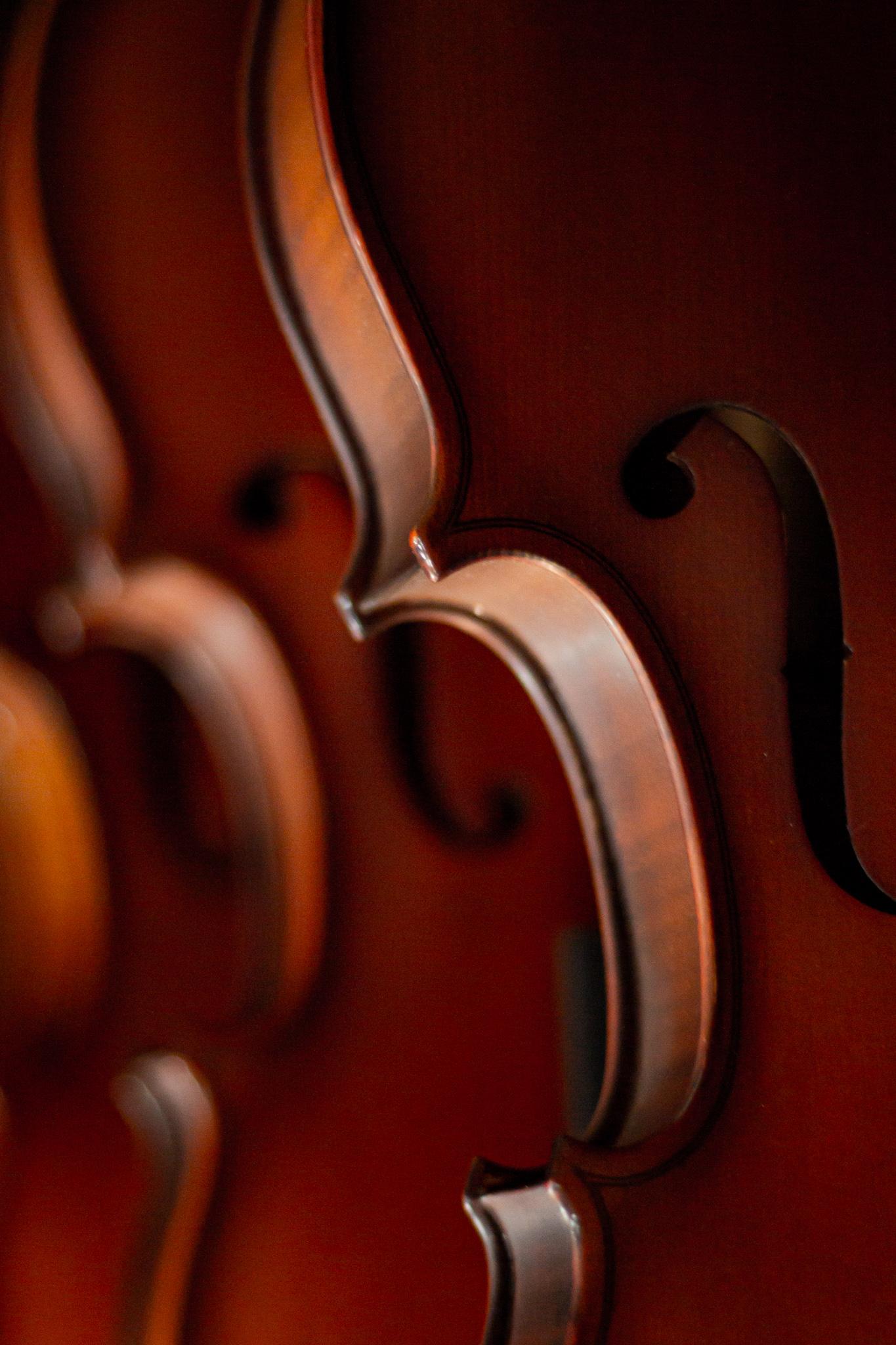 “Since the 1950s, Stanley Drucker has represented the very best of our brand. “Legend” is a term that is overused in today’s society, but it is no exaggeration to say Stanley WAS a legend in the clarinet and musical worlds.

Everyone at Buffet Crampon celebrates Stanley’s incredible legacy as we mourn the passing of a titan, an ambassador for our brand, and a dear friend. We send our sincere condolences to his family.

There will never be another Stanley Drucker, and we are all fortunate to have been a part of his incredible legacy.

Clarinet virtuoso and New York Philharmonic legend Stanley Drucker passed away at the age of 93 on December 19, 2022. He left the world peacefully surrounded by his family.
Stanley Walter Drucker was born on February 4, 1929, in the Brownsville section of Brooklyn, New York. His father had his own business as a custom pants maker. Stanley was a lifelong New Yorker and lived for most of his adult life in Massapequa on Long Island. Living on the south shore of Long Island, Drucker and his wife Naomi became avid boaters, enjoying annual summer excursions on their cabin cruiser, Noni.

His critical acclaim was ubiquitous, including these tribute statements from renowned conductors:

"He's a legend. The history of the orchestra is in him." Gustavo Dudamel

“He stands alone in the world of clarinetists. His contribution to the orchestra and its fame is immeasurable.” Lorin Maazel

“The sensibility of his music making and the reaction for the conductor was really breathtaking.” Kurt Masur

“His undying enthusiasm for every note he ever played was an inspiration to all his colleagues and myself.” Zubin Mehta

“To look in the eyes so full of enthusiasm – he gave me the energy. So I want to thank him for all these beautiful years of music making.” Riccardo Muti

Harriett Johnson once wrote in the New York Post, “The audience acclaimed him as if he were the wonder of the age.”

Stanley received his first clarinet at the age of 10 and his prodigious musical talent showed early. He attended the High School of Music and Art in New York City before being accepted to the Curtis Institute of Music in Philadelphia at age 15. He attended Curtis for one year and was appointed Principal Clarinet of the Indianapolis Symphony by Maestro Fabien Sevitsky at age 16. Subsequent appointments as Principal Clarinet of the Busch Little Symphony and Buffalo Philharmonic soon followed.

He served at the New York Philharmonic under nine music directors, music advisors, and principal conductors – Bruno Walter, Leopold Stokowski, Dimitri Mitropoulos, Leonard Bernstein, George Szell, Pierre Boulez, Zubin Mehta, Kurt Masur, and Lorin Maazel. He performed in 10,200 New York Philharmonic concerts, toured 60 countries, and performed as a soloist with the Philharmonic almost 200 times, performing the Concerto for Clarinet by Aaron Copland in 64 performances. The Copland concerto was one of his signature works and notable performances included a live televised New York Philharmonic Young People’s Concert conducted by Leonard Bernstein in 1970 and later performed and recorded the concerto as the last Philharmonic soloist to perform with Bernstein in 1989. The recording was nominated for a Grammy Award for Best Classical Performance by an Instrumental Soloist with Orchestra.

Drucker received many honors and awards during his storied career. This list includes Musical America Instrumentalist of the Year (1998), an Honorary Doctorate from the University of Florida (2010), and Honorary Membership in the International Clarinet Association - the highest career honor for a clarinetist - and Honorary Membership in the Philharmonic Symphony Society of New York, which Drucker considered the highest honor he ever received. Drucker has a biographical listing in the New Grove Dictionary of Music and Musicians.

Drucker kept a busy performing schedule outside of the New York Philharmonic as a recording artist, guest soloist, and chamber musician. Milestone recordings include the Bartók Contrasts with Robert Mann and Leonid Hambro, and produced by Peter Bartók (1954), Music for Clarinet and Piano (1962), New York Legends (1998), Stanley Drucker Plays Brahms (2001), and Rock Stars (2010). A comprehensive multiple CD set of over four decades of Drucker’s live performances called the Stanley Drucker Heritage Collection has been released by Clover Field Recordings. He appeared as a guest soloist with the San Antonio Symphony, Denver Symphony, Toronto Symphony, Columbus Symphony, Kansas City Philharmonic, Louisiana Philharmonic, as well as orchestras in Japan, Sweden, and Russia. He often performed with the Juilliard and Guarneri String Quartets, including performances at the Library of Congress and Alice Tully Hall.

Drucker’s discography is one of the largest in recorded history. With a career that spanned seven decades, he recorded hundreds of orchestral works with the New York Philharmonic, most of the standard repertoire for solo clarinet, a plethora of chamber music, and dozens of world premieres. He performed hundreds of radio and television broadcasts, including for the New York Philharmonic Young People’s Concerts and Live from Lincoln Center. Drucker was the subject of a 2018 biography, Stanley Drucker Clarinet Master, by Mitchell Estrin and published by Carl Fischer, LLC.

His many performances with his beloved wife of 67 years, clarinetist Naomi Drucker, are especially noteworthy. The Drucker Trio (with pianist Blanche Abram) performed dozens of concerts in the New York area, featuring both standard repertoire for two clarinets and piano, as well as dozens of contemporary works, many being composed for the ensemble. Stanley was also a regular guest artist with the celebrated American Chamber Ensemble, the Long Island based chamber music ensemble co-founded and directed by Naomi Drucker and Blanche Abram.

Drucker received his musical education from such renowned artist/teachers as Leon Russianoff (his principal teacher), clarinetist Bernard Portnoy and oboist Marcel Tabuteau at Curtis, and cited his New York Philharmonic colleagues – principal oboe Harold Gomberg, principal horn James Chambers, principal trumpet William Vacchiano, principal trombone Gordon Pulis, principal cello Leonard Rose, and concertmaster John Corigliano, Sr. – as his musical mentors.
Stanley Drucker was a musician for the ages. His artistry was often noted for its supreme technical command of the clarinet in ways that defied all previous notions about the limitations of the instrument. But it was his indomitable spirit, creativity, spontaneity, and musical imagination that thrilled conductors, colleagues, and audiences for over 75 years. In the words of Leon Russianoff in a 1981 WQXR radio interview, “Stanley Drucker is certainly the greatest clarinet player of our generation, and I think of all times, perhaps.”

Drucker was a cigar enthusiast, appreciated fine wine and vintage Hollywood movies. He enjoyed traveling the world, both on tour and on holiday.

He is survived by his wife Naomi, daughter Rosanne Drucker and son-in-law davidji, son Lee Rocker and daughter-in-law Deborah, and grandchildren Justin and Sadie Rose and their respective spouses Catherine and John.

Anyone wishing to honor his memory can make a charitable contribution in the name of Stanley Drucker to the Philharmonic Symphony Society of New York.

No credit card required, unsubscribe at any time. pagevamp.com